Less than a square mile in total area, the city of Mound Bayou, Mississippi even now stands for release, freedom, and a promised land for the descendants of formerly enslaved people. Founded in 1887, Mound Bayou’s population is 98 percent African-American, one of the largest of any community in the United States, according to the 2010 U.S. Census.

From its beginnings in a lonely swamp, this small town in the Mississippi Delta grew into a bustling community of black-owned businesses and successful farms by 1900. With some decline in the 1920s and 30s, Mound Bayou continued to draw black businesses and a large hospital up until the Civil Rights Movement in the 1960s.Mound Bayou was an all black town in the Yazoo Delta in Northwest Mississippi. It was founded during the spring of 1887 by twelve pioneers from Davis Bend, a fledgling black colony impacted by falling agricultural prices, natural disasters, and hostile race relations. 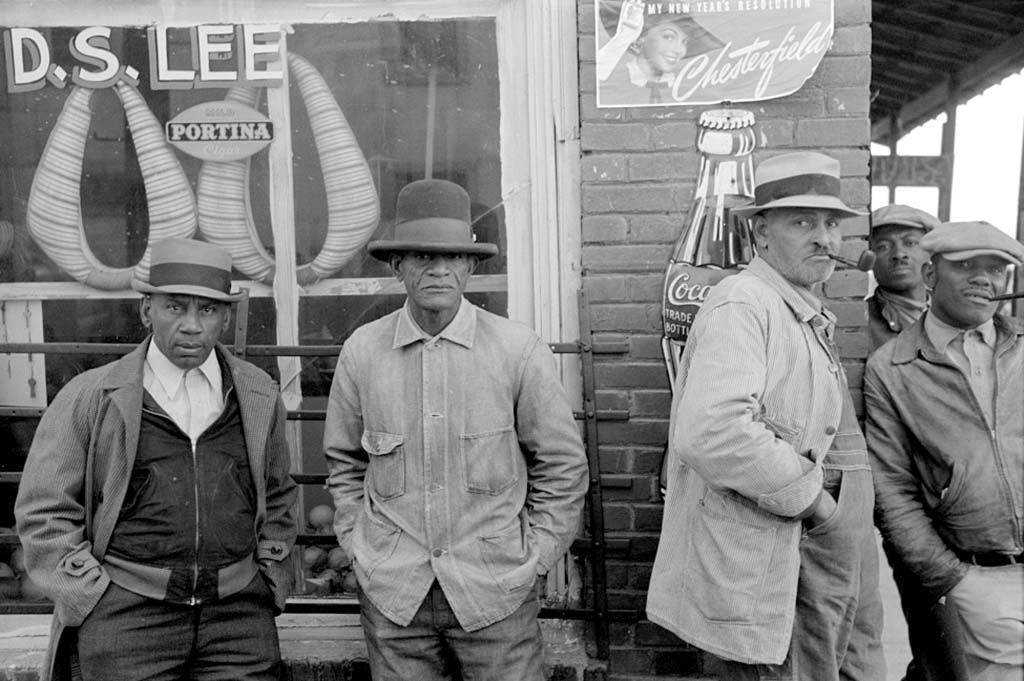 This migration movement was led by Isaiah Montgomery, former patriarch of Davis Bend. Purchased from the Louisville, New Orleans, and Texas Railroad (L, NO & T), Mound Bayou bordered a new rail line between Memphis, Tennessee and Vicksburg. From 1890 to 1915, Mound Bayou was a land of promise for African Americans. Encapsulated in this “promise” were self-help, race pride, economic opportunity, and social justice, in a self-segregated community designed for blacks to have minimum contact with whites until integration was a viable option to black freedom.

Mound Bayou had a U.S. Post Office, six churches, banks, stores, and several public and private schools. Its economy depended on the production of cotton, timber, and corn, and being an agent for the L, NO & T Railroad. Politically, Mound Bayou’s mayor Isaiah Montgomery protected it from white violence through political accommodation.

Montgomery also ensured Mound Bayou’s growth by working closely with Booker T. Washington after 1900, through his “lieutenant” Charles Banks. Socially, Mound Bayou had an exceptionally low crime rate, high morals (i.e., no gambling or sale of alcohol), and everyone had to be a useful member of the community. Through outlets like the town’s newspaper, The Demonstrator (1900), Mound Bayou promoted education as an essential path to community survival, in particular vocational education in scientific agriculture through the Mound Bayou Normal and Industrial Institute.

From 1907 to 1915, this infrastructure, along with Mound Bayou’s function as a railroad center, allowed it to flourish and grow to 8,000 people by 1911. Its noticeable decline occurred during the Great Migration period (1915-1930), in which cotton prices fell, Booker T. Washington passed away, and the black path towards freedom was redirected from independent towns towards the major cities of the United States.

Despite its sharp population decline throughout the century, Mound Bayou still exists today as a predominatly black town in Mississippi with a 98.6 percent total black population. 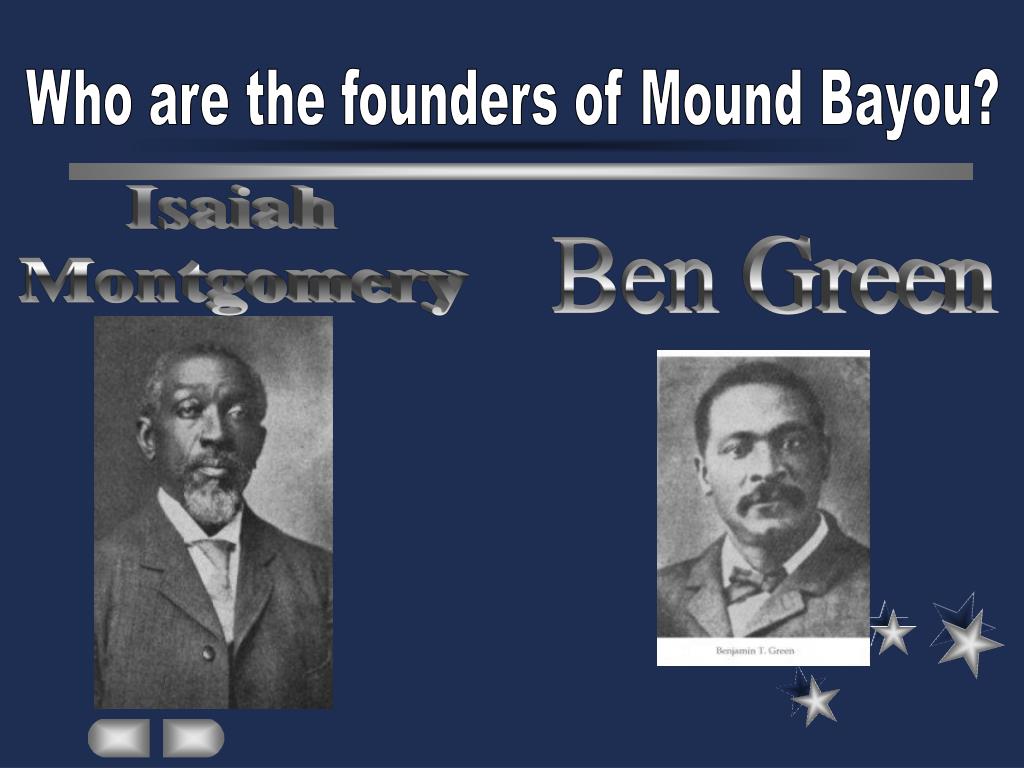 The worse thing to happen to us was de-segregation because they now have a way to watch our progress un-like before they didn’t care that much but did watch but couldn’t do anything about it unless we were breaking laws or committing a crime so they had to sit back and be mad at what they saw. Being segregated allowed us to work on ourselves and our community, it allowed us to become our own bosses and our own owners of our land and produce we created. 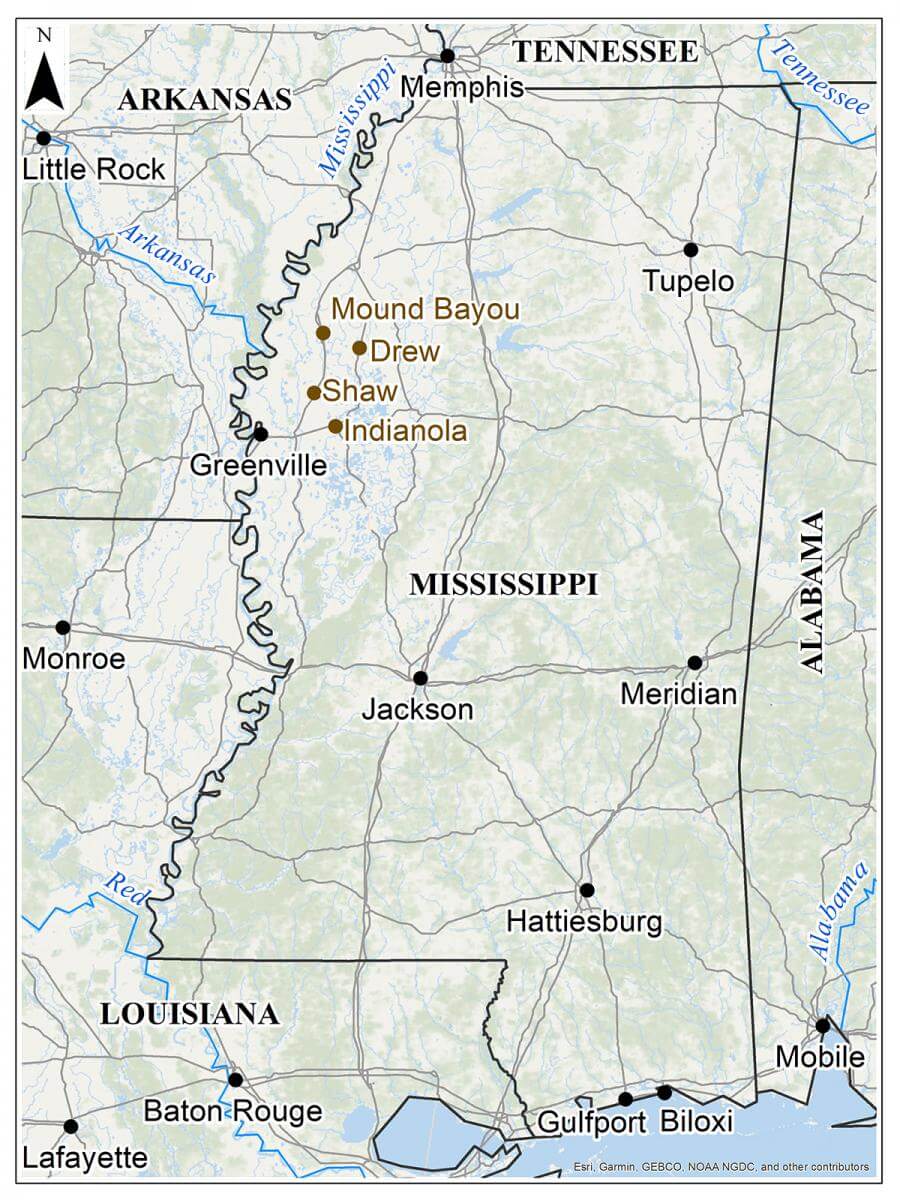 Most talking heads will tell you that de-segregation was the best thing for black people but what they don’t tell you is that they have been coached to say that and in some instances they have volunteered to say it in a way that will get them favor with their white counterparts which is the problem with us and our politics today! We could make and build our own schools, stores, libraries, hair shops, clothing, feed, have our own businesses to make our own money. Mound Bayou thrived in the wake of adversity and flourished in spite of it. Because of being apart from our former oppressors we had the chance to find out who we really were. We knew we had the capacity to become as prosperous as we wanted, we just needed to stick together and work hard, this paid off for us.

This model span a few other areas of progress latter in the 19teenth century like Black Wall Street in Oklahoma a third in North Carolina and a forth with the town of Allansworth in California. We had proof that we didn’t need the oppressor to survive and learned for ourselves that we can be as good or greater than they were.https://www.npr.org/2017/03/08/515814287/heres-whats-become-of-a-historic-all-black-town-in-the-mississippi-delta

The oppressor didn’t like this progress and the results of this dislike manifested itself in the form of hate and a visit from the Klan in 1921 and few months later Black Wall street was no more. You all know the story and you have seen the pictures. Now you tell me: Can we really ever be free of this suffocating cancer that has stuck itself to us from day one? Or do you think we can do again what we did in the past without the end results we know of?    SG64

One thought on “The Promise of Mound Bayou”

This site uses Akismet to reduce spam. Learn how your comment data is processed.

All about Everything! I'm not a writer,i just blog some times, you can get my e-book The Threat at Amazon/Kindle.Please Like and subscribe to my Blog!